Mid afternoon yesterday on Mardon Down. Hoar frost not snow. 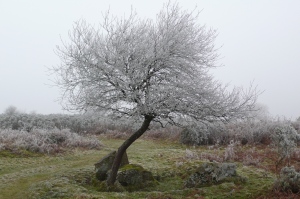 P.S. [some 24 hours later]: not hoar frost, but rime (or so my weather adviser has informed me).